Proudly serving the MetroPlex since 1957 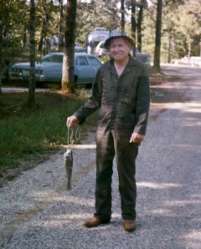 J.E. (Mack) Butcher was a Navy veteran from World War II.  When the war was over and he was back stateside he worked hard hauling gravel, grain, and watermelons.  He took advantage of his GI Bill and went to school at Crozier Tech in Dallas to learn how to be a mechanic.   But, after school, he went back to hauling gravel and working on his truck.  He and his wife Pauline worked day and night at the gravel business.  It was hard work.  His brother-in-law Harold had started a pest control business, and Mack knew that that was something he might really like to do to, so Action Exterminators was founded.

Leonard Butcher, Mack’s son, had owned and operated a delivery service in the Dallas Fort Worth area for many years, but when Mack decided he wanted to start thinking about retiring, in 1974, Leonard stepped in and purchased the company from his father.  Mack and Leonard worked together and the father showed the son the way it was done.  “Make a living, not a killing.”  Today, Leonard is mostly retired, but still lends a hand when he’s called on.

Amy DeWitt, Leonard’s daughter, grew up playing on the trucks as a little girl.  In 2003, she followed in her father’s footsteps and purchased the company from her father.  Amy has really learned to enjoy the exterminating life.  She views her customer’s homes as individual museums that she gets to help take care of.  Amy is really knowledgeable and good at what she does.  If she doesn’t know the immediate solution, she will work until she finds one.

Bartley Johnson, Amy’s son, developed an increased interest in the family business while studying business administration at college.  Pursuing his love of business and marketing.  He is helping Action move forward and grow in this new economy. 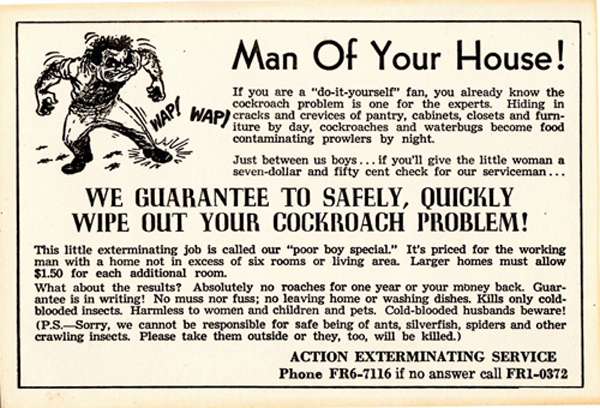 “Make a living, not a killing.”  J.E. (Mack) Butcher.  In other words, do the absolute best service for your customers at the best price possible.

Why you can trust Action Exterminators.

"I have been a customer of Action Exterminators for many years – so many I’ve lost count! I had tried the advertised companies and found them to be inadequate."

"When I find service personnel who are prompt, polite, efficient, knowledgeable, and consistently do a terrific job, I stick with them!"